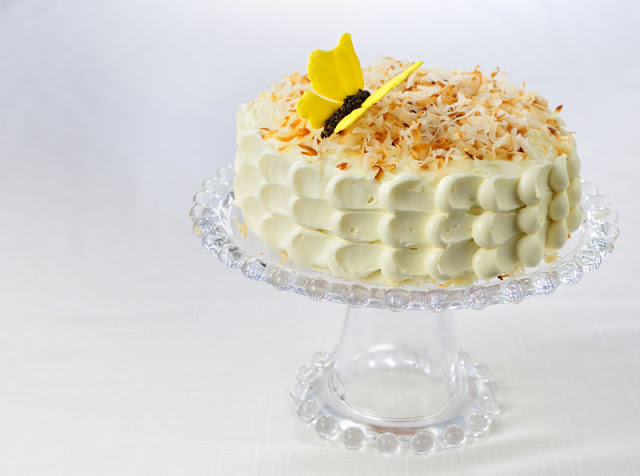 It felt like Spring as I walked outside. Many of the  local nurseries opened their doors today. People everywhere, buying Easter flowers and pansies or just enjoying the first signs of Spring. It was sunny and windy.
We stopped at a local farm stand that has just opened for the season and I bought tons of veggies : scallions, radishes, lettuce, asparagus, cauliflower, dill and fresh lemons. It  really felt like Spring is in the air.

I love coconut.
I made this cake last year for Easter  but it never made it to the blog. I’d like to fix that today. This cake has a triple coconut flavor with a tender cake crumb, creamy buttercream and crunchy roasted coconut. Would you like a slice?


Line a baking sheet with parchment paper and  spread shredded sweetened coconut on the sheet
Store in the airtight container until ready to use. Sprinkle the cake. 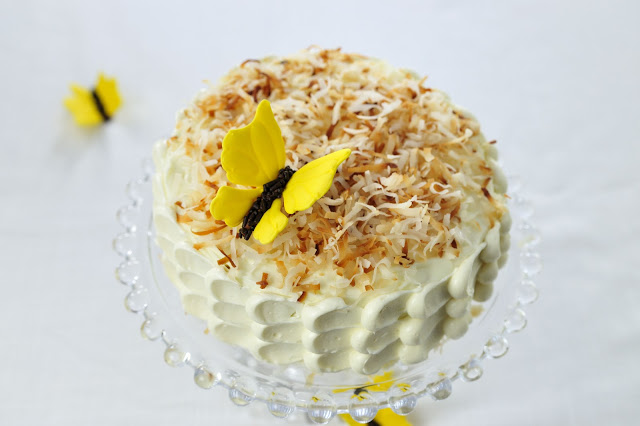