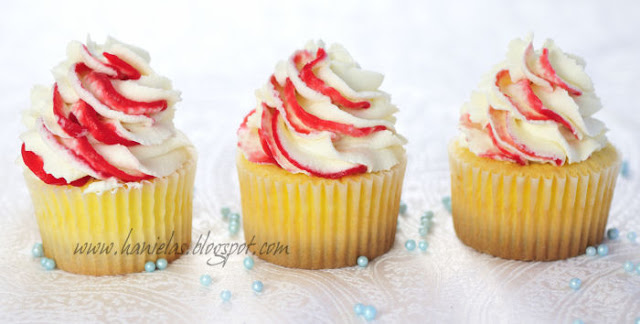 Today I will show you how to make  a super yummy treat : Raspberry Frappuccino Cupcakes, as well as a really fun frosting marbling technique tutorial at the end of this post. 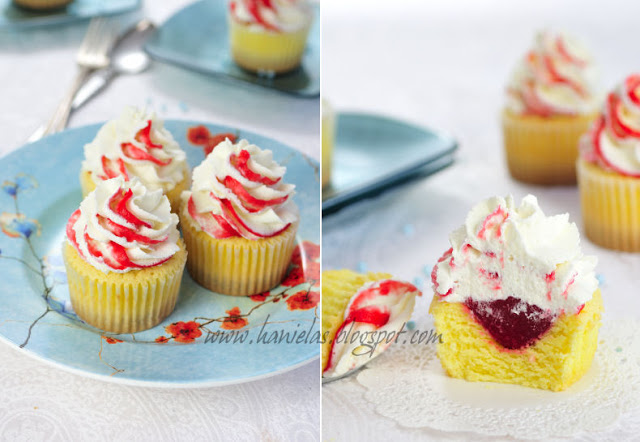 I make this yellow sponge cake quite frequently, it has a velvety texture and  pairs well with any frosting I used.  It is an egg whites free cake so it is perfect for people with egg white allergy, also I love having extra egg whites on hand to make pretty meringue cookies or a healthy breakfast omelette. 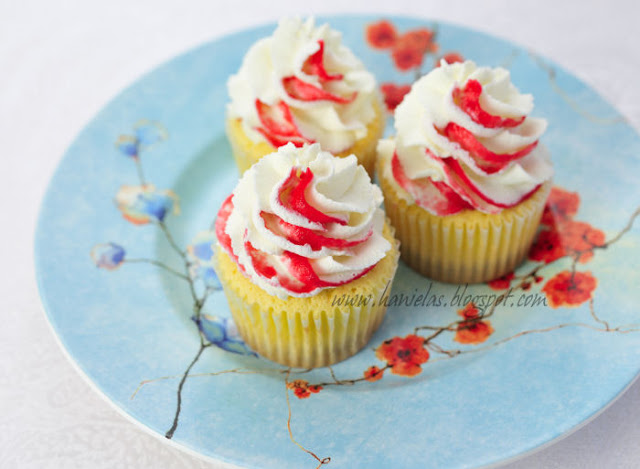 Clarified butter, made from 5tbl butter, see instruction below

Egg Yolk Mixture
Put egg yolks and sugar into the bowl of your mixer and set the bowl over the pan of simmering water. Whisk until egg yolk mixture is hot to the touch, several minutes. Remove from the heat and using a wire attachment beat the egg yolk mixture on high, until it triples in volumes, for about 3-5 minutes.Is using hand held mixer this will take longer.


Cake Batter – Folding
Sift about 1/2 of the flour into the beaten flour mixture and using
a large balloon whisk fold it in, continue with remaining flour.
At last in 2 additions add warm clarified butter, gently fold it in.

Baking
After you fold the clarified butter into the batter  immediately  pour the batter into a prepared cupcake pan, fill the cavities about 2/3 full.
Make sure you don’t open the oven during baking. Bake for about 15-20minutes, if you see cupcakes are not done yet leave it in the oven for additional 5 minutes.Cupcakes will be golden brown on the top once baked.
Opening the oven during baking could cause the the cupcakes to fall. Once baked remove from the oven,
transfer cupcakes to a cooling rack and let cool completely before frosting.Cupcakes can be refrigerated for about of 4 days, or can be also frozen.

Return mixture to the sauce pan, add lemon and dissolved corn starch, cook the mixture on low heat until is bubbles and thickens, cook for 2 minutes, remove from heat and let cool in a water bath, stirring frequently to prevent skin forming. Add  1tbl raspberry liqueur and stir gently until fully combined. Cover with plastic wrap and chill for several hours. Can be store in the fridge for several days.Use as filling for cupcakes or cakes.

Let the gelatin bloom in the water for 5 minutes, using a microwave heat if for 5 seconds, it should be dissolved after 5 seconds, if not heat it a little more but be careful not to overheat gelatin.Let the dissolved gelatin cool to lukewarm.
Whip the heavy cream until soft peaks are formed, add dissolved gelatin, beat and then add powdered sugar and vanilla extract, beat until stiff, don’t over beat. Frost cupcakes or you can also store frosting in the fridge for up to 3 days.

Filling and Frosting a Cupcake 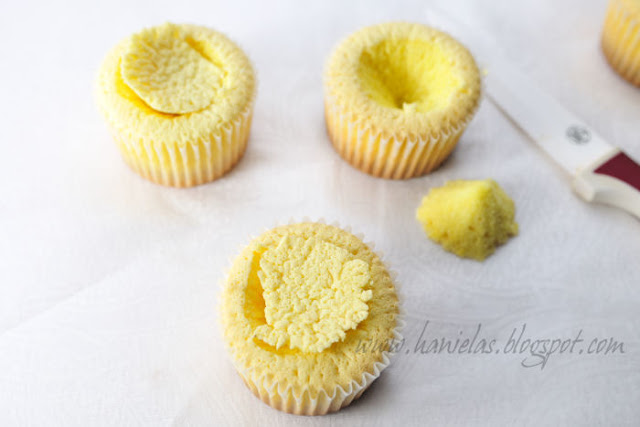 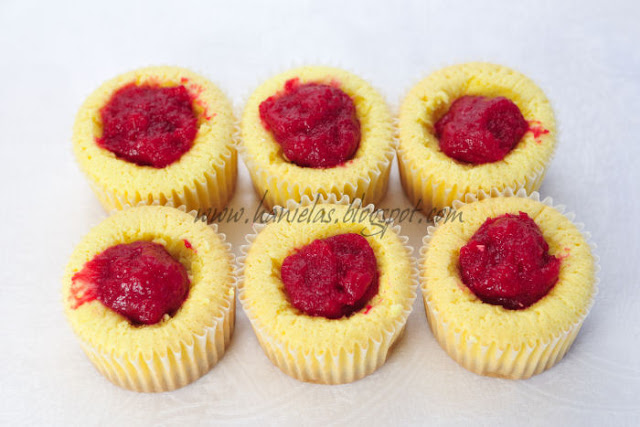 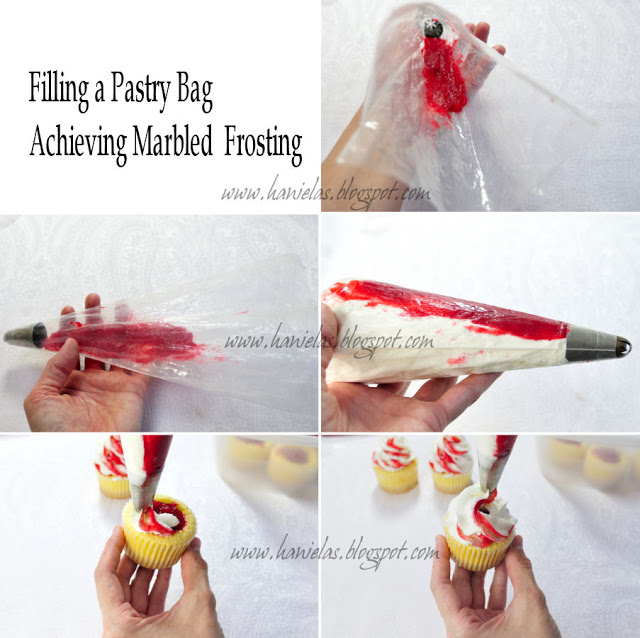 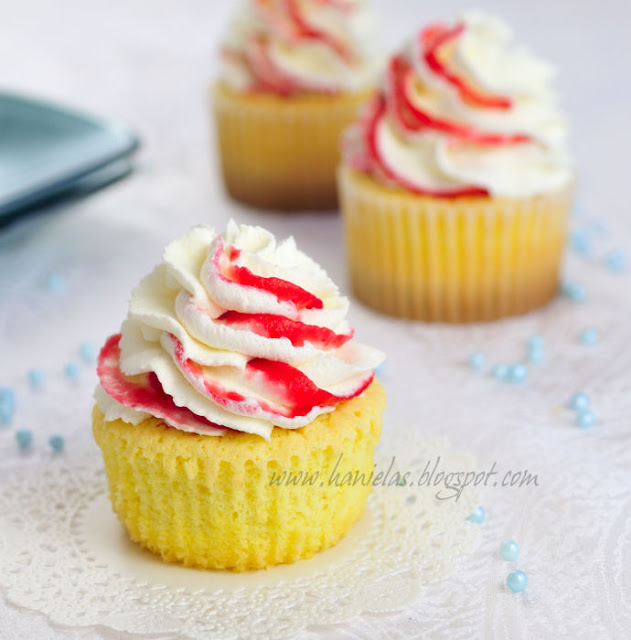 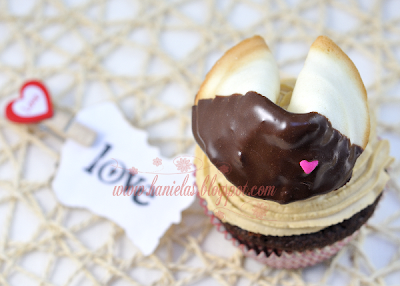 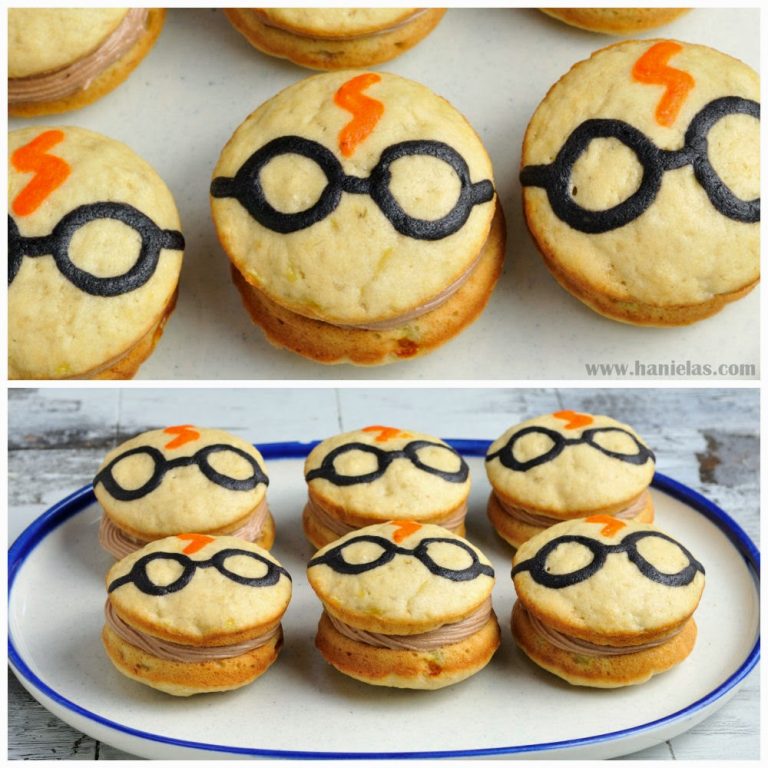 I don’t know about you but I always  seem to have extra bananas to bake with.  Overripe bananas  are perfect for baking. Banana makes cakes and cookies most and soft and just pure delicious. Today I wanted to share with a fun twist on a traditional Whoopie Pies : Harry Potter Banana Whoopie Pies. Banana…

I’ve been falling for simple cookie  shapes recently; one of the last years designs that I’ve never got to make was a door design. It is quite simple and once finished it makes for a nice little gift, addition to a cookie tray and it can hold its own too. Making Door Cookies rectangle shape… 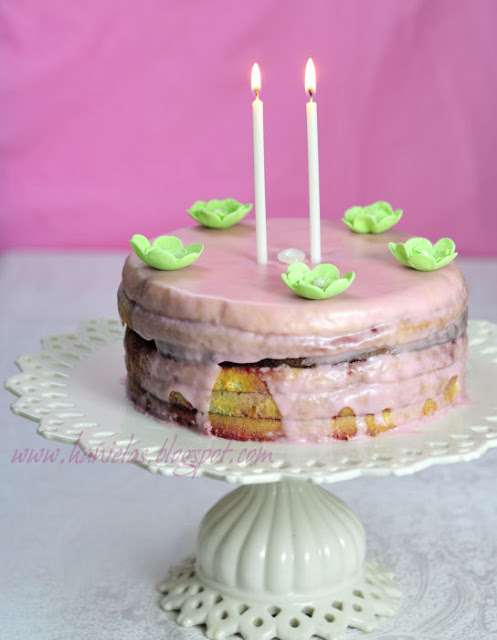 It’s hard to believe I’ve been  doing this blogging thing for 2 years now. I would have completely forgotten about my blog’s 2nd Birthday, only I was looking for something in my previous posts and I stumbled at my very first post and it had a 3/2/2010 date and I was like ..on… 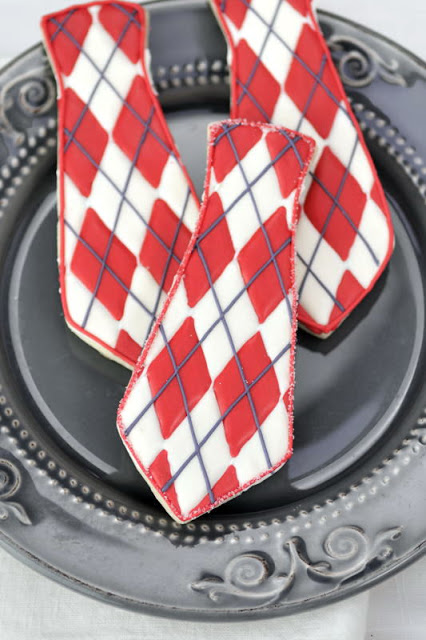 I don’t own a kopykake so creating certain designs on cookies can be a pain. Today I wanted to share with you a really simple technique of creating a piping guide directly on a cookie, using a piece of paper/plastic and a food pen. A perfect example is argyle design, one would think you can… 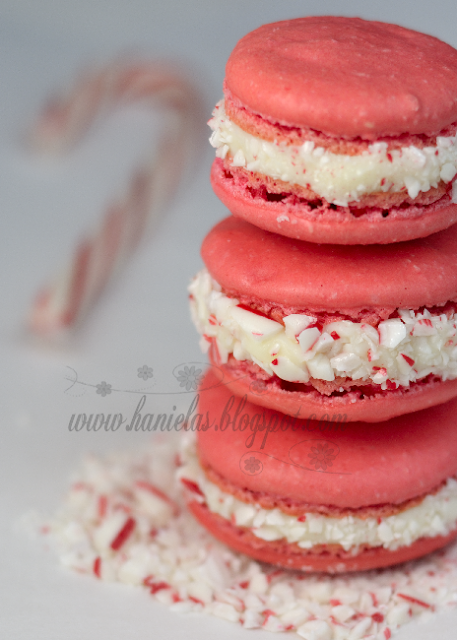