I had this fun Rainbow Flower Scratch Art Cake on my mind for several months. Remember scratch art from the grade school? It wasn’t too hard was it? Well, I combined scratch art technique with pottery carving and that’s how we are going to make this cake. 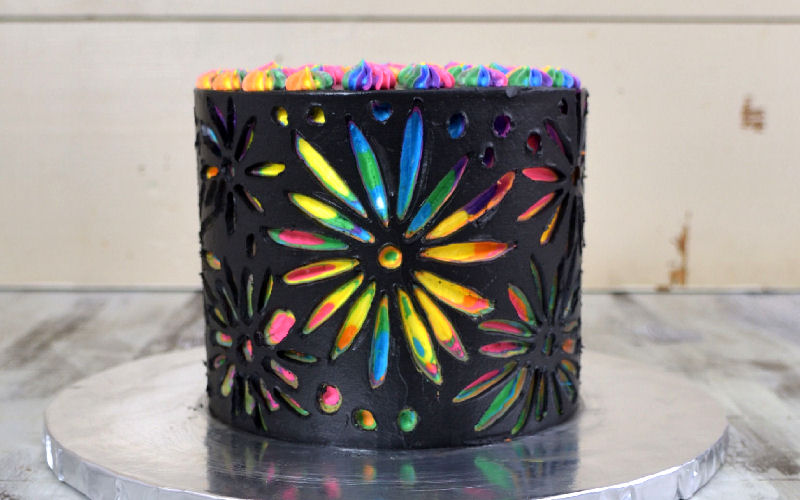 Last month I finally ordered new pottery tools. I whipped up Swiss buttercream and baked 6 inch cakes. And I made a Rainbow Flower Scratch Art Cake.  This was my first attempt and it turned out so colorful and really pretty. I hope you like it as much I do. 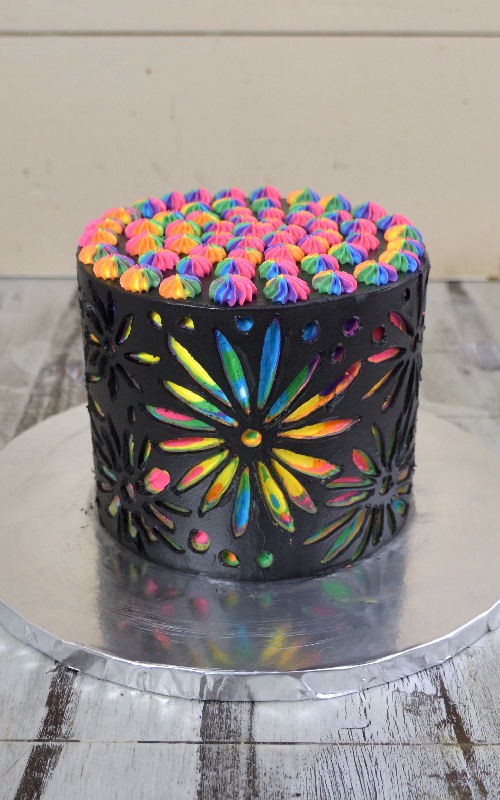 You can use any cake you’d like. I baked chocolate cake layers so I used those. Some of the folks on social media suggested rainbow layers to match the outside. Be creative and have fun.

I used Swiss Buttercream to fill and ice the cake.

I recently shared a post on Coloring Swiss Buttercream  if you wanted to check it out is there. But in a nutshell I heated 1/4 cup buttercream with the food coloring for about 5-8 second. Then I thoroughly whisked the slightly melted buttercream until well combined and immediately poured the colored portion into the buttercream I wanted to color.

Heat really helps to activate the color pigment and you’ll be able to reach deep color tones. Repeat until you reach the desired color.

You need to whisk it well to combine.  If needed repeat the process of heating little bit of buttercream and food coloring for 5-8 seconds in the microwave. You can also use Chocolate Swiss Buttercream as your starting point when making black Swiss buttercream

Refrigerate cake after each buttercream layer. 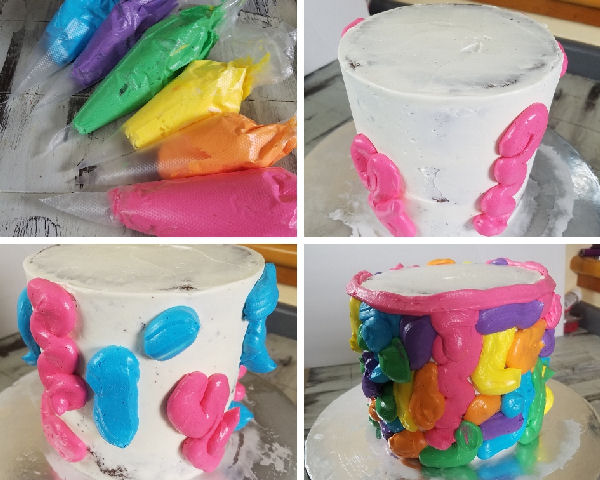 When adding black layer, make sure you are adding a thin layer, you don’t want it to be thick. 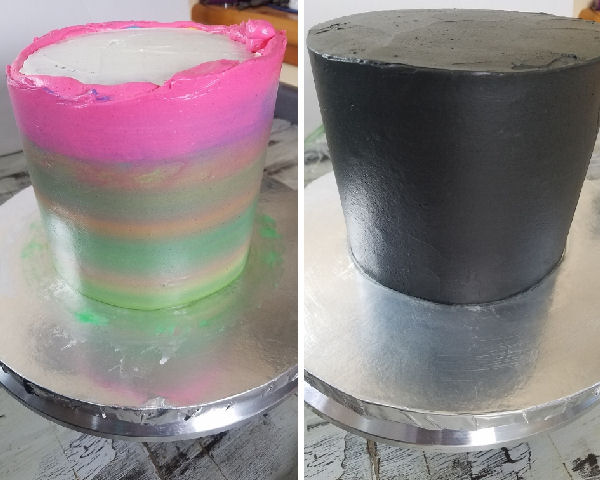 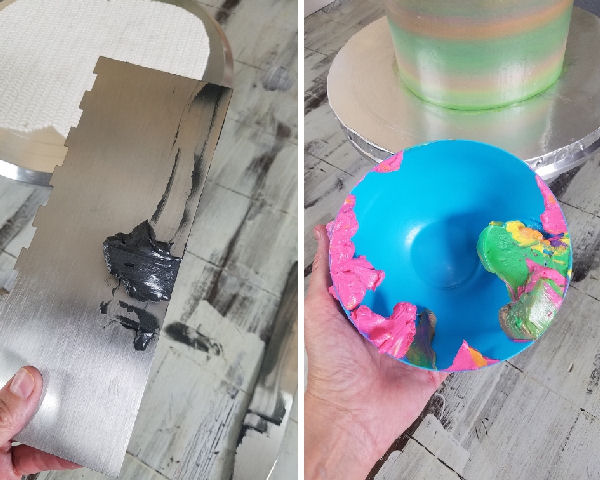 It is important to chill the cake well before carving, and in between as needed.

Have a bowl with hot water  and a clean dry paper towel  on hand.

Keep the pottery tool tip clean and slightly warm. You can submerge it in the hot water for 15 -30 seconds. Any longer and it may get too hot to handle.

Rinse the tip of the pottery tool after each time you carve the buttercream to remove buttercream residue, quickly dry it by dabbing it on a dry paper towel. Continue carving.

To make the petals I used a tool with a little nose shape, for the centers I use a round tool. 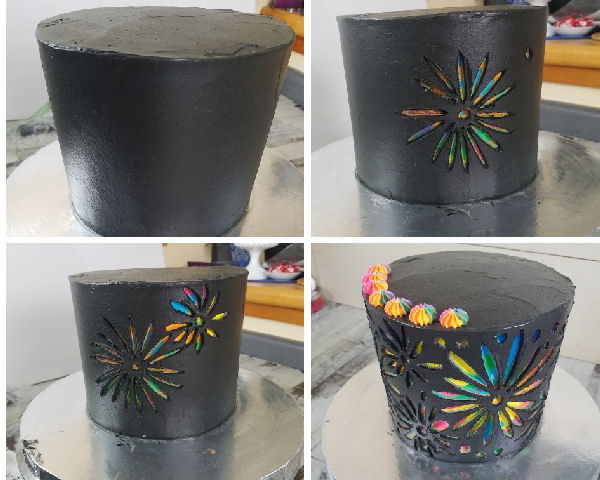 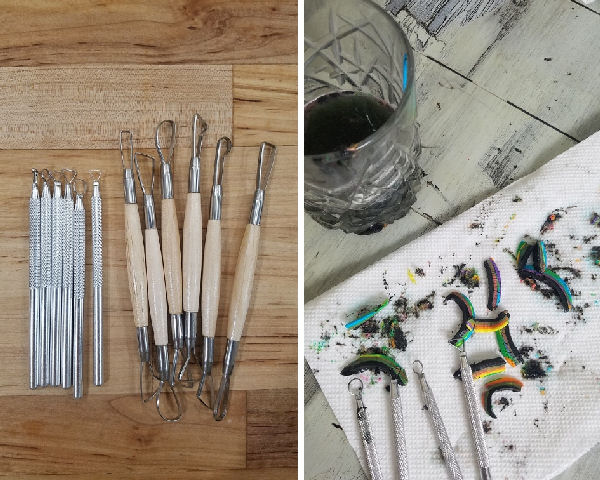 Rainbow Buttercream swirls or stars are super easy to make. Layer rainbow buttercream onto a plastic wrap. Form a pouch. Fit a piping bag with a star tip, insert the pouch into the piping bag and start piping pretty rainbow stars. 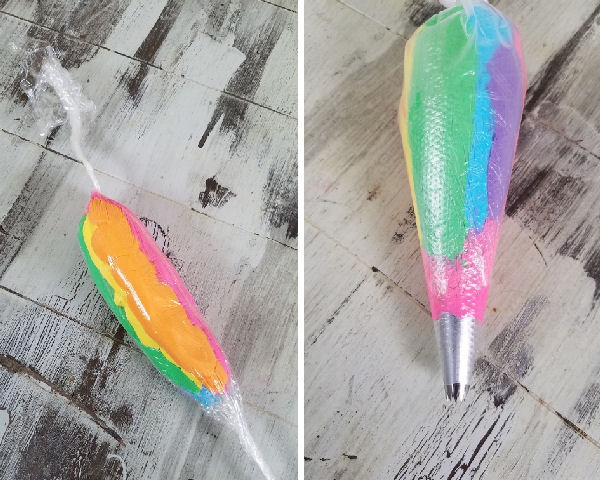 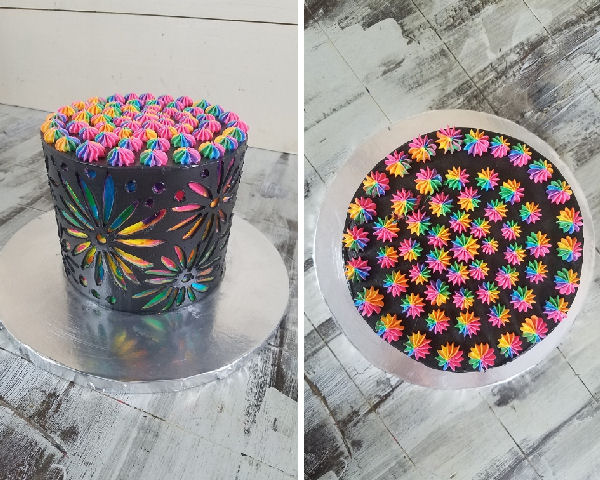 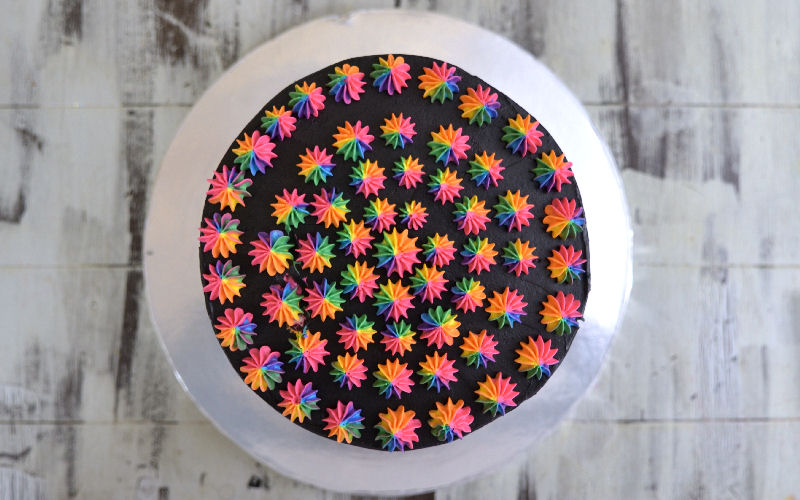 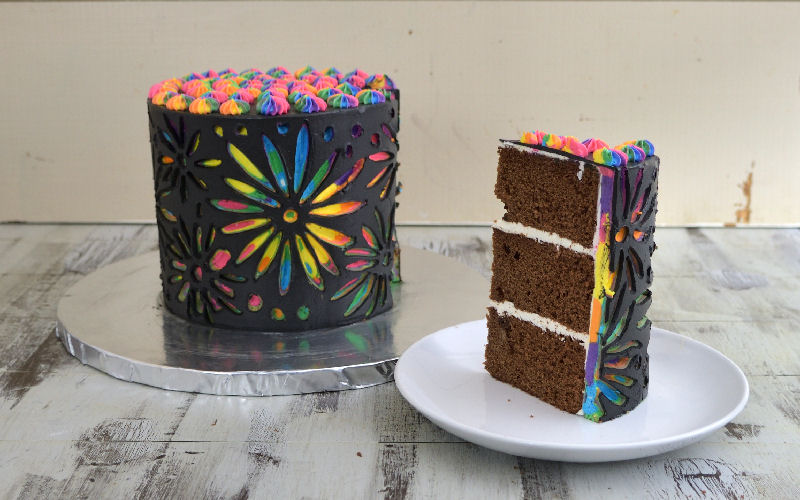 Watch the video how to make Rainbow Flower Scratch Cake

Video tutorial with narration and instructions 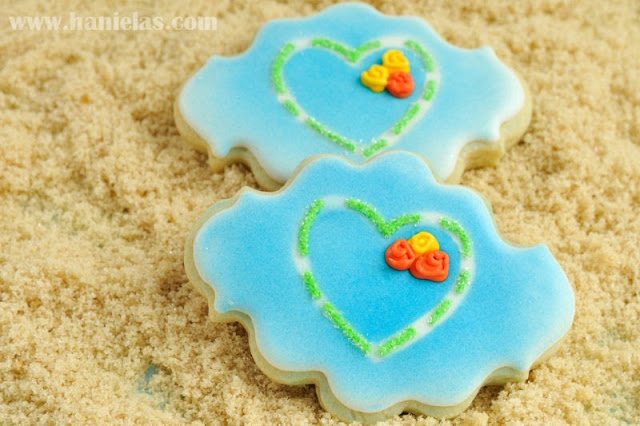 It is a COOKIE CHALLENGE time over at Lila Loa. Once a month Georganne runs a cookie challenge, and though I missed on all the previous challenges, this month I decided not to let it slip through my fingers again. I printed the inspiration board and then I baked cookies. Georganne created an inspiration board for us… 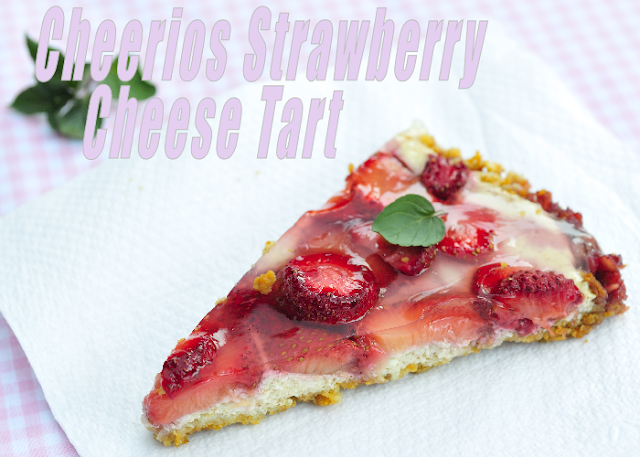 It is the Strawberry Season and I will be making  a lot of strawberrylicious  treats this Summer. Strawberries in my garden are in full bloom right now, really exciting to see them grow, but in the meantime I go to a local farm and pick ripe strawberries there. This is a new recipe that… 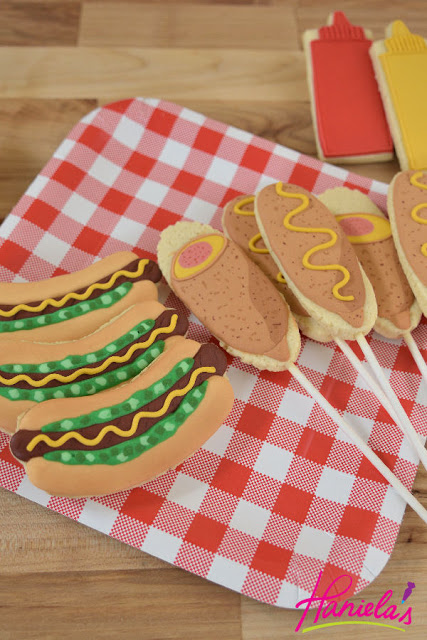 Summer is finally here. We’ve had a really unseasonably cold Spring so I’m super excited warmer temperatures are here. I love to grill and enjoy sitting on the porch, eating a good meal. Today I’m going to teach you how to make some hot dogs, corn dogs and depending on your taste, you can add… 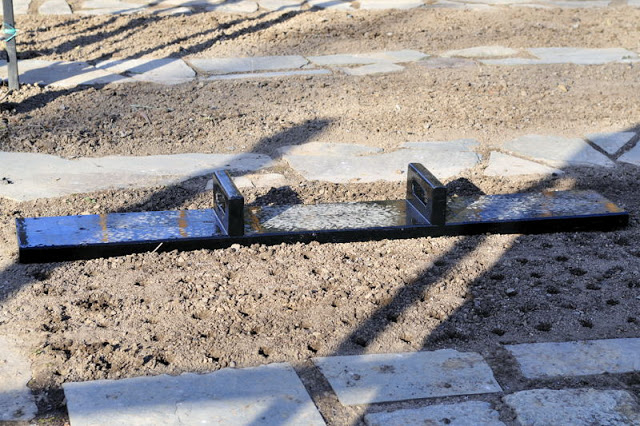 This is our new gardening tool/planting tool. Meet Mr. 42.  This time saving tool make 42 holes with one press, pretty neat right? Especially if you are planting a lot, which we are. Stay tune for more garden updates coming soon. This is a really busy time of the year, as planting outside is in  progress and we also have… 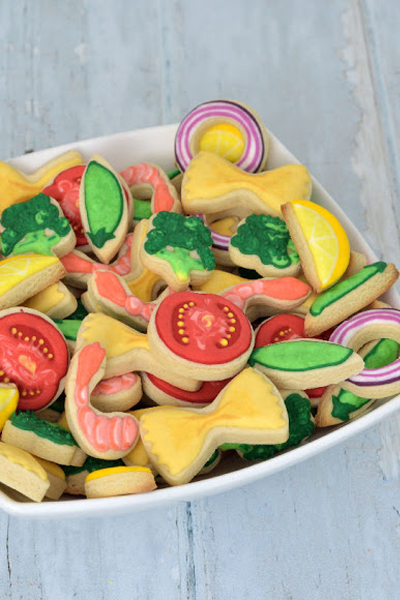 Today on the menu : Shrimp Pasta Salad made out of cookies. Are you in our are you out? If you are in keep on reading and be sure to watch the video below to learn how to make this adorable cookie treat. Even if you are not a fan of food pranks I’ve got… 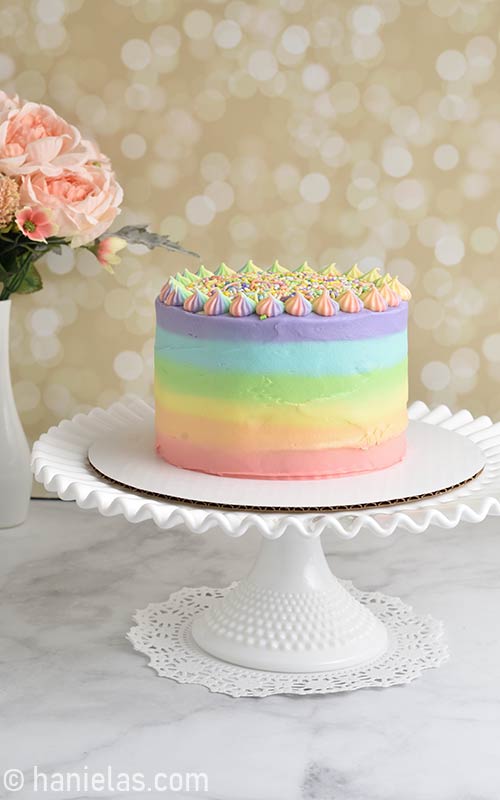 This super simple and cute Pastel Rainbow Cake is perfect addition to all sweet celebrations.