We love cream puffs! I make them quite often actually. Once a month at least. I usually fill them with German Vanilla Buttercream, dust them or drizzle them with  melted dark chocolate. They are so delicious and easy to make.

Seeing all the seashell desserts on pinterest  got me thinking, what if I made seashell cream puffs. It’s not impossible, right?
To make seashells I used my favorite pate choux dough recipe, it uses oil instead of butter and for the filling I used scrumptious and summery blueberry mouse and German Vanilla Buttercream.
For the pearls I used Sixlets Candy and fresh blueberries.

Here is a video how to make pate choux (using oil, you can easily use butter instead) dough and German Vanilla Buttercream.

500grams/18oz grams fresh blueberries
1/2cup brown or white granulated sugar, you can use less if fruit is really sweet
juice of one lemon
Wash
blueberries and cook  them with  brown sugar and lemon juice  on medium
heat, stirring occasionally, especially in the beginning stir more
frequently, once they become  soft, let them simmer for another 10
minutes. Remove from heat  process in the blender of
food processor, strain through a fine mesh sieve and reserve for later
use. Store in the fridge. You can use fruit puree as a sauce with your
ice cream, in your yogurt or you can make delicious mousse.
Fruit puree can be made ahead of time.
Gelatin
1 tbl gelatin
3tbl water
Using
a small dish or a cup, bloom gelatin in the water for about 5 minutes, then  use microwave,  for 5-8 seconds, until dissolved, stir well. Let dissolved gelatin cool to room temperature.
Fruit Puree + Gelatin
Into
a bowl pour some of the fruit puree add dissolved and cooled gelatin,
stir well, and then add remaining fruit puree, stir well. Fruit puree and gelatin should be both at room temperature.
Swiss Meringue
3egg whites
3/4 cup granulated sugar
pinch of salt
Place
the egg whites, sugar and pinch of salt in a clean bowl of your mixer
and place it over a pot of simmering water, whisking constantly,
until sugar is dissolved, egg whites will get too hot to touch.. Once your egg
whites get too hot to the touch, continue whisking for about 2 more minutes,
then remove from heat and using a hand or  a stand mixer and whip it
on high  until it is stiff and it has cooled off  a bit.
Whipped Heavy Cream


Using a mixer or a whisk, whip the cream until stiff peaks are formed.


Gradually whisk in  whipped heavy cream/meringue into the fruit puree.

At this stage mousse wasn’t stiff enough to pipe, chill the mousse until it starts to set up, 30 minutes or so. Fill the
piping bag fitted with a round piping tip, pipe on cupcake or other
desserts.

Pipe mouse onto the bottom halves of a cream puff, place the tops on the mousse pressing slightly in the back, keeping the front wide open. Then gently press a contrasting pearl into the mousse.I used Sixlets for the pearls.
Chill for at least 4 hours or overnight.

Another filling variation – you can use is Vanilla German Buttercream and for the pearl you can use a fresh blueberry. It’s super tasty and really pretty too. 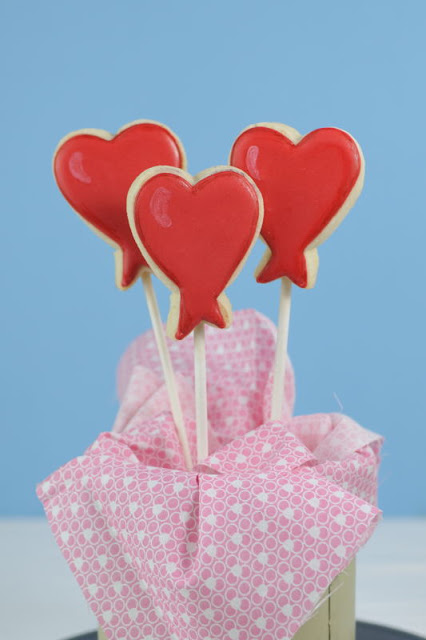 Sweet and easy Heart Balloon Cookies. Getting ready for the Valentine’s Day? Here is a cute idea for you to try. To make the these cookies you need: heart cookie cutter and a balloon cookie cutter–  from The Cookie Cutter Company Lemon Royal Icing Red Food Coloring Chocolate Brown Food Coloring White Food Coloring Painter’s… 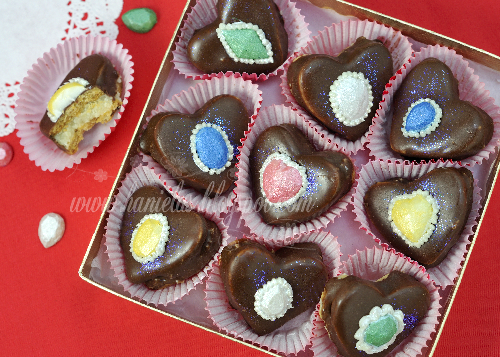 Sun came out this morning! Still pretty cold but it feels much better having the blue sky above, a really nice change.   This past week I had a sudden urge to make my mom’s favorite cookies, we’d make these around Christmas time but ever since I moved to US I haven’t made these… 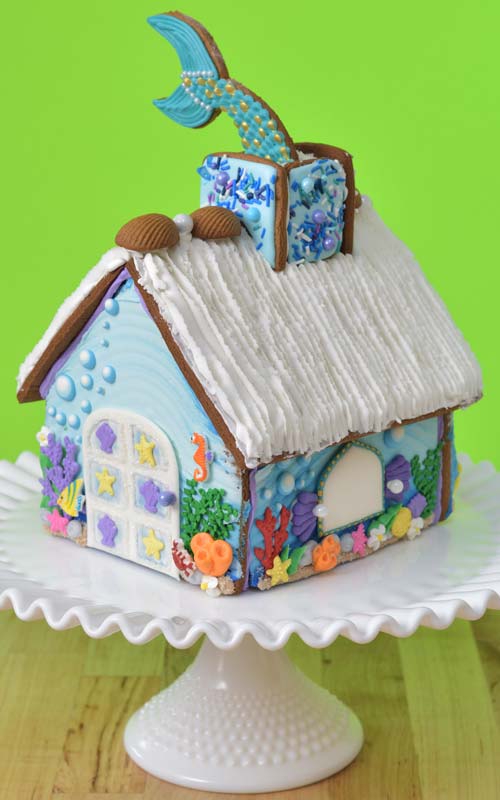 I love making gingerbread houses. Today I’m going to show you how I created unique underwater Mermaid Gingerbread House. Let’s make it together. 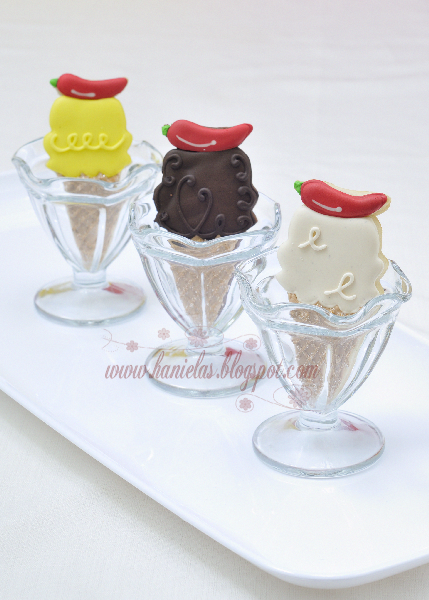 I had so much fun making these cookies, they are little different and that is what made them special. I love projects like these, it is something new with a flare. I was asked to make cookies for the Chili Party and obviously  my first instinct was to go with Chili Pepper Cookies… 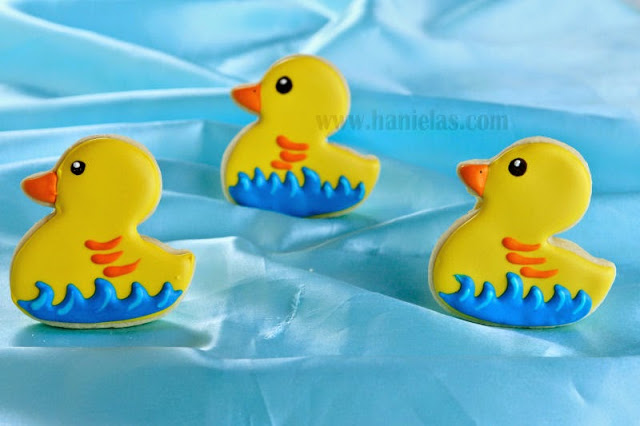 Few weeks back I was admiring Callye’s  Duck Toy cookies. Such a clever design and beautiful, beautiful execution. I only wish I was a kid again and my mom would let me play with my food…   Though I wasn’t really looking for a duck cutter I scored  one in a large estate sale. Most people look for furniture and… 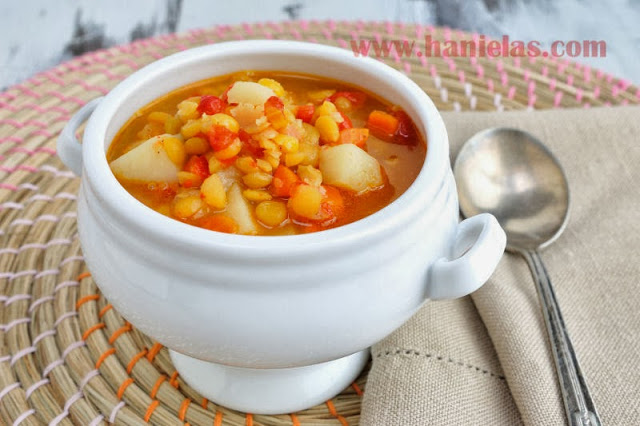 I recently discovered a really lovely blog called Brooklyn Farm Girl. What caught my eye at first was their amazing garden…in the middle of Brooklyn, you know the big city. Pamela and Matthew grow a rooftop garden. Yes, people really do that and it think it is awesome! Anyway I decided to make this soup when…