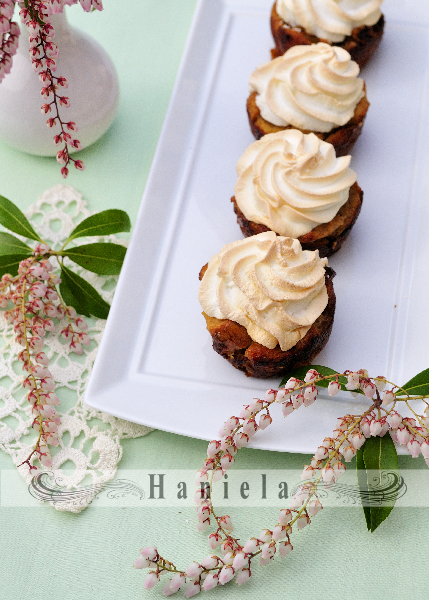 Bread Pudding brings back some precious childhood memories, for me it never gets old, I love it warm but even better at room temperature as an afternoon snack.Yum. My favorite part is baked meringue on the top, especially when it cools and tiny golden drops form on the top of it.
Here I prepared the list of ingredients I use in my recipe, there are no measurements.
First I don’t use bread, I find it bitter for some reason, I like the finer texture so I sometimes use rolls, but look for those that are not so airy, you want something that is more dense, so they can soak up liquid really nicely. For this reason I actually prefer to use white all whole wheat french baguette, as it dense and forms a nice body for the bread pudding.

Cut the rolls into small cubes. 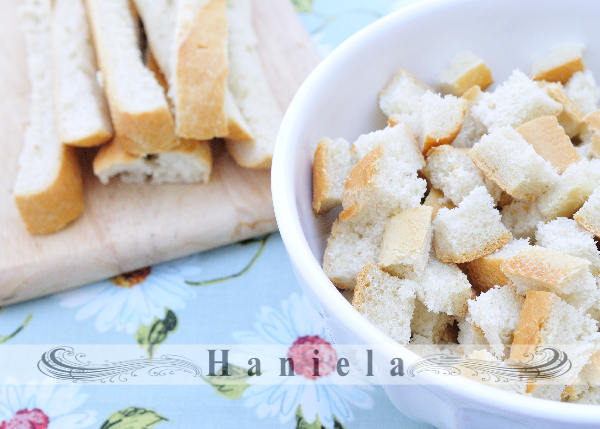 Heat the milk to boil, remove from heat and pour milk into a large bowl, add butter, honey/sugar/, egg yolks and cinnamon and combine well using the whisk, you are looking for a light foam on the top and a nice pale yellow color. Heat of the milk will melt the butter. 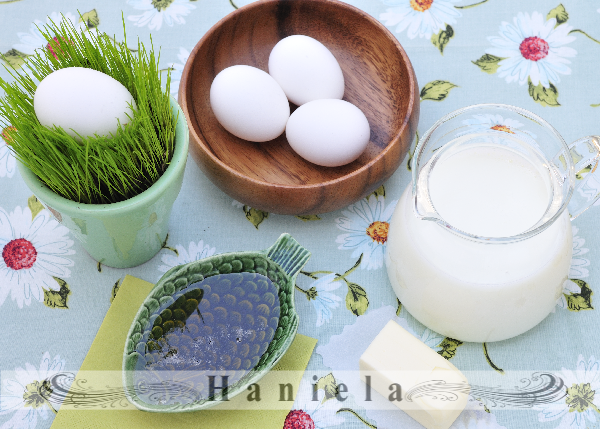 Into the milk mixture add all the french baguette, that you cut into small cubes, let them soak the liquid for several minutes. Once soaked up fold in raisins.
I like to have several fillings in my bread pudding. The key ingredients for me are apple, farmer’s cheese, walnuts and raisins and of course cinnamon, in this case I used ricotta cheese, as it is similar to farmer’s cheese. 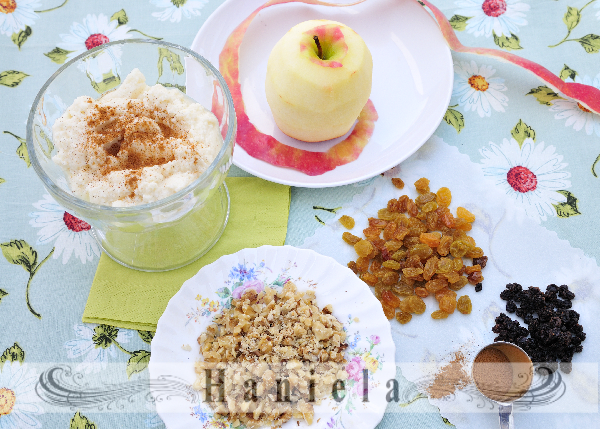 Mix ricotta cheese with a bit of  honey to taste, peel the apples and grate them, mix in lemon zest, chopped walnuts and dry currants, season with honey/sugar/ and cinnamon to taste.
Prepare your muffin pan by buttering each cavity. Spoon some baguette mixture on the bottom and then layer the filling, ricotta cheese, apple and last a layer of baguette mix. Sprinkle with vanilla sugar.
Bake at 350F until the tops spring and are nicely golden to slightly brown.
While they are baking prepare you meringue by whipping the egg whites with a pinch of salt and some sugar until stiff peaks are formed.
Remove the muffin pan from the oven and using the piping bag pipe the prepared meringue on the top of each muffin. Return pan into the oven and bake until the meringue turns golden color.
Remove from oven and let cool, at least 15-20 minutes before removing muffins from the pan. This part might be little tricky, run a knife around each cavity and gently remove from the pan.
Enjoy.

Bread pudding can be delicious and pretty at the same time.

« How to Make Vanilla Sugar
How to make Cookie “Cutter” Templates »